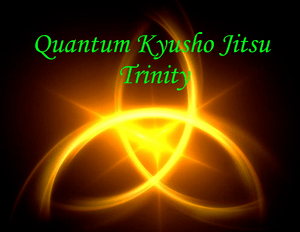 The number 3 is one of the most important numbers in all of our cultures. It has great religious and spiritual meaning. But are you aware of how significant it is to the martial arts world? The Quantum Kyusho Jitsu Project continues with the 3rd and final installment. Quantum Kyusho Jitsu Trinity will tied together the first 2 videos and making you understand the power of 3 and take your study of the science of pressure point self defense to a new level.

What is the significance of the number 3? We see it everywhere, but most people with associate it with the Holy Trinity. But it appears everywhere in our world. And it holds significant meaning in Kyusho Jitsu.

But there is much more to this! Once you understand how the power of 3 fits into this study your ability to affect the human body will escalate beyond what you ever thought before!

As the 3rd and final leg of the Quantum Kyusho Jitsu Project this video will bring together the knowledge from the other 2 videos, tie it together and add the final piece of the puzzle!

In the 1st video An Introduction to Quantum Kyusho Jitsu we set the ground for how the energy in the body works, and how you can control it during an altercation. In the 2nd video, a very complex video I added and explained the use of angles, especially the power of the triangle. This video called Quantum Kyusho Jitsu 360 explains in details how the 3 power numbers, work with triangular alignment to take control of the attacker and end the conflict!

You can Order this for 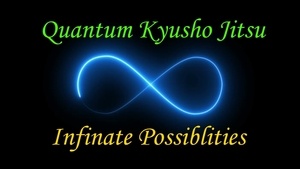